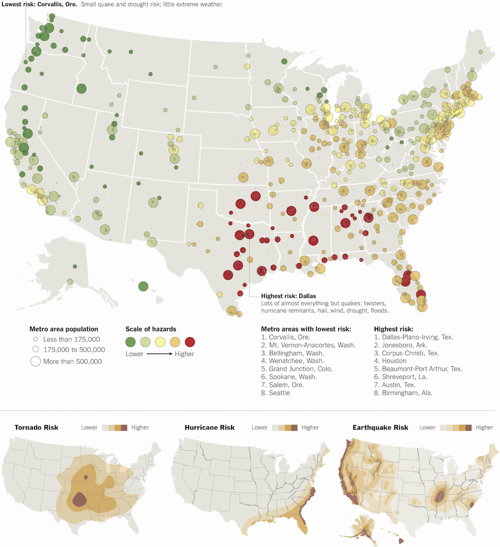 At the end of last month, the New York Times published a map called Where to Live to Avoid a Natural Disaster, measuring the risk to 379 U.S. metro areas from hurricanes, earthquakes and tornadoes. Matt Rosenberg doesn’t like this map: “This map is irresponsible as it gives a false sense of security to those who live in extremely hazardous cities and overstates the hazard in tornado-prone regions. Perhaps the map is simply a reflection of recent disasters in the news. Regardless, no city west of the Rocky Mountains should be listed as low risk as the entire Western United States is seismically active. They definitely could have done better.”