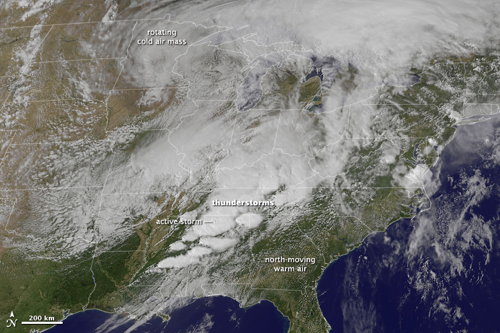 NASA’s Earth Observatory has satellite images and animations of the weather system that spawned so many tornadoes this week.

Satellite and aerial images from before and after the tornadoes: the New York Times’s interactive maps (with the clever slider); a gallery of images from Google.

Via All Points Blog, @googleearth and @nytgraphics.