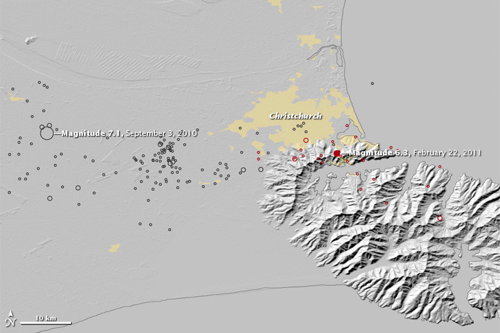 The Christchurch Quake Map, which I linked to last September, is still running.